Where do elite youth football players come from?

Football is a game that attracts more players and spectators than any other sport 1. Football also represents one of the most competitive and complex sports in the development to expertise, which make both research and applied work intriguing and difficult 2,3. Several studies have shown that development to excellence in elite sport in general is a complex interplay of different factors ranging from athletes’ biological characteristics, training activities to the environment in which they are embedded 4. Research in talent development, particularly in football, has predominantly focused on the influence of different training activities on attaining talent neglecting the role of environmental factors. Recent studies have indicated that the municipalities in which athletes grow up influences their likelihood of gaining elite status in football56. If such environmental factors are important for achieving elite status, it raises the question whether different athletes might have different opportunities – irrespective of innate or learned ability in sports. For instance, studies suggest that young athletes’ social background influence their opportunities to gain access to organized sports, such as club sports 7–9 and talent development programs 10, which provides those from more privileged backgrounds better opportunities for athletic development 11. Thus, young athletes need not only the right “genetic makeup”, but also to be born and raised in the “right environmental makeup”. From a bio-ecological perspective, these unequal environmental opportunities range from macro-level to microlevel 12. At macro-level, Rossing et. al showed findings from Danish elite youth football suggesting that players’ place of early development was associated with their likelihood of reaching elite youth level 6. Danish youth football players with early place of development in municipalities with high population density and size had greater likelihood of obtaining elite status than players from municipalities with lower population density and size 6. A recent study also revealed that players’ growing up near talent clubs were more likely to reach elite youth level5. Previous studies in players’ place of early development have analyzed place of early development at municipality level, which may neglect important local factors as a Danish municipality can include several football clubs at different competitive levels, neighborhoods of different social and economic backgrounds as well as both urban and rural areas. Thus, this paper aims to investigate the association between place of early development and the likelihood of becoming an elite youth football player within a region. Additionally, this paper also investigates the role of household income on the likelihood of becoming an elite football player in a sub-analysis focusing on clubs in a major city.

One region, Northern Jutland, was singled out as the primary scope of the study. Northern Jutland was chosen for the current study, since only one elite club with a licensed talent development academy is located within the region. Thus, nearly all youth players in Northern Jutland that aspire to become elite youth football players need to be recruited to AaB.

The club: AaB is one of the clubs in Europe giving most playing time to players of their own youth programme 13(Dehn, 2017). The club brands itself as “The team of Northern Jutland”, which is emphasized by the fact that AaB cooperates with more than 120 local clubs in the entire region of Northern Jutland.

Region analysis: The sample included male elite youth football players from the elite youth teams Under 13-19 in AaB (2017). The administrators in AaB league club were first contacted via phone and email with information about the project. Each team received a questionnaire asking to provide the primary city of residence for each player from birth to their 12th year of age and their childhood clubs. The sample included 91 elite youth players. The return rate was 87 % (n = 105).

City analysis: This sample included elite youth players (n = 19) in 4 selected neighborhoods within Aalborg, the major city of Northern Jutland. Eight different childhood clubs were identified for these players. The comparison sample for this analysis included the number of male football youth players in selected local childhood clubs. The youth players were under 12 years of age and registered (2016) as a player in a club in the associations of Danish Football (DBU). The total number of youth players were 2343 in 8 local clubs. Official data on the average yearly household gross income in each neighborhood were retrieved from the Aalborg Municipality (2003).

The place of early development effect was analyzed by a software programme called QGIS (Quantum Geographic Information System). First, we linked our statistical data using QGIS. QGIS allows statistical geo-coded data to be symbolized on maps 15 to reveal possible patterns within the dataset. Second, so-called heat maps were performed in QGIS to illustrate the specific places of the elite youth football players’ place of early development.

In the city analysis, success rate was calculated by dividing the number of elite youth players with the number of total youth members for each of the four neighborhoods.

Figure 1 shows the places of early development for AaB elite youth players. The figure indicates that a large proportion of elite youth players in AaB grow up in larger cities and towns of the region as well as in close proximity to the elite club situated in Aalborg.

Figure 2 shows childhood club location of the elite youth football players from the city of Aalborg.

The figure indicates that a higher proportion of elite youth players have their early development in certain neighborhoods. In this case, the neighborhoods producing most elite youth talents are among those with greatest distance to AaB (red circle).

Table 1: Lists income, childhood clubs and their members, and calculated success rate for Aalborg elite youth players. Results of the table indicate a higher proportion of both mass youth players and elite youth football players from neighborhoods with greater average yearly household gross income, in particular in the case of the neighborhood with highest income.

There are two main findings from this study. First, most elite youth players seem to grow up in larger cities and towns and in proximity to the elite club in North Jutland. Second, results indicate that youth football players from neighborhoods with higher financial resources seem to have a higher likelihood of reaching elite youth status at AaB.

The findings regarding place of early development effect complements recent studies 5,6, which suggest that both the community population size and density seem to influence Danish youth football players likelihood of attaining elite status. Clubs in larger cities may have better opportunities to create a better development environment. In football, not only having a skilled coach, but also skilled teammates has been suggested as essential in the early development process 16, which seem to be more likely in clubs from larger cities.

The findings in the city analysis indicate that the location of clubs within a major city also seem to be associated with players’ attainment of elite youth status, and that this relationship may in part be due to different resources available at household and club level. The findings complement the notions by Ziegler and Stoeger who claimed that: “Excellence tends to cluster in those locations that provide the best overall access to resources” 17.

If young players tend to come from areas with more economic resources, the question is whether or not the current way of organizing youth sport and talent development generates the largest possible pool of potential elite players. Findings from a study of Danish athletes’ aspiration in various sports showed that athletes from more privileged backgrounds were more likely to attend specialized sports programs than those from less privileged backgrounds11. However, the privileged athletes were less likely to aspire towards a career in sports, whereas those from less privileged backgrounds were much more likely to pursue a career in sports11. In other words, are the clubs loosing potential players, because the structure of talent development indirectly favors those resources like income?

Conclusion: This study shows that elite youth football players of the Danish region of Northern Jutland tend to come from larger cities and towns as well as in proximity to an elite club. The findings also suggest that within a major city like Aalborg, the neighborhoods with greater average household income produce more youth talents irrespective of their distance to an elite club. Overall these findings suggest that early football talent development in the selected Danish region may be favoring the already advantaged, be it geographically or economically.

Future studies ought to investigate other psychosocial factors in players’ early development process that also contribute to their possibilities to reach elite level. 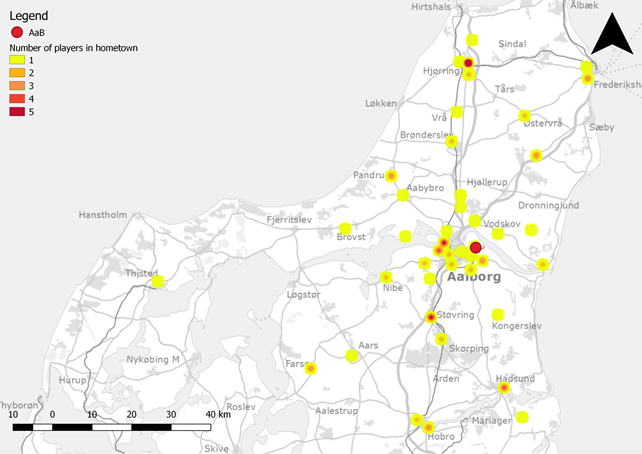 Figure 1: Show the hometowns (places of early development) of the elite youth players in AaB. 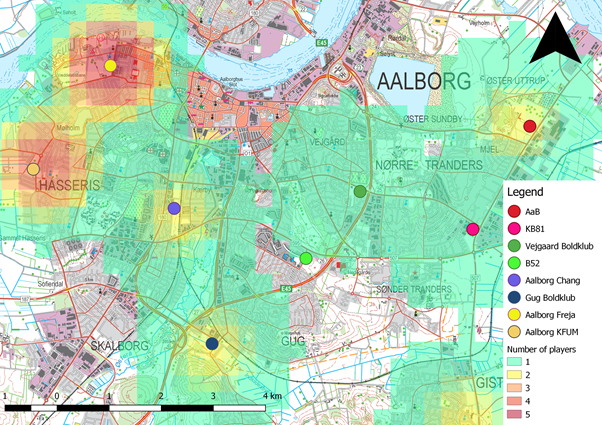 Figure 2: Proportion of elite youth players growing up in different neighborhoods in Aalborg

Table 1: Lists the household income, childhood clubs and their members, and the calculated success rate in the selected neighborhoods. 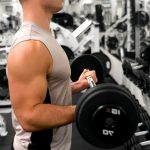 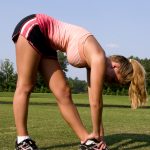